The Saginaw Choral Society presents their 2016-2017 season holiday concert “A Michigan Christmas” on Saturday, December 10th at 3:00pm at the Temple Theatre. The SCS will be joined by siblings and Bay City natives, Katie & Matt Travis and the Bijou Orchestra.  Songs will include: Brian D’arcy James’ “A Michigan Christmas,” Holst’s “Christmas Day,” three holiday songs from “Home Alone,” and other timeless holiday classics from Franz Biebl’s “Ave Maria” to a Charlie Brown Medley.

Matt Travis, from Bay City, MI completed his bachelor’s degree in Voice Performance at the University of Michigan and his master’s degree in Choral Conducting at Penn State University. Matt is currently a doctoral candidate in choral conducting at The University of Connecticut where he conducts The UCONN Men’s Glee Club and teaches undergraduate courses in conducting and general music. In addition to his work at UConn, Matt is Music Director of The Kent Singers and serves as Repertoire and Standards Chair for the Connecticut chapter of The American Choral Director’s Association. Matt is the founder and Artistic Director of The Mid-Michigan Singers and Mid-Michigan Voice Academy as well as the newly appointed Music Director for Center Stage Theatre and Choirs for the Midland Center for the Arts.

Tickets for A Michigan Christmas may be purchased via the Temple Theatre online or by calling 989-754-SHOW. 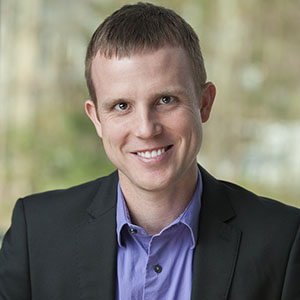 “I’m absolutely thrilled to be coming to Michigan to collaborate with the Saginaw Choral Society. I first sang with the Choral Society over 20 years ago. It’s an honor to sing with them again, and I look forward to joining the music community in this area as music director of the Midland Center for the Arts.”